A Man for Others – Rory S. Coakley Strives to Serve the Community’s Real Estate Needs

As Seen In Potomac Lifestyle Magazine

The decision to buy a home or open a business—or both — is the most important decision a person makes in their life, both personally and financially. This is precisely why Coakley Realty specializes in residential and commercial real estate: to offer a one-stop, full-service shop, to meet those needs all across the D.C. Metro Area.

Owner Rory S. Coakley could be your neighbor—born in D.C. and raised in Montgomery County, he prides himself on the fact that his business is both local and family-owned. He worked in his family’s business, Coakley and Williams Inc., from 1983 to 1992 and branched off in 1989 to start Rory S. Coakley Realty Inc. with his wife, Nancy. Centrally located in Rockville, the company maintains strong ties to the community it serves.

“I grew up in a real estate and construction family, so I have real estate in my blood,” says Coakley. “And we have a local feel.”

Even his staff fosters that family-friendly atmosphere. He has four core staff members—most of whom have been with the business for more than a decade; some more than two!—and 32 independent contractors. “It’s not the kind of place where people are coming and going,” he says.

That reliability and stability has allowed the business to flourish: “Almost three years ago this July, we hired a sales manager for the first time and we’re in growth mode as far as adding more real estate agents.”

Coakley’s education had great influence in making him the businessman he is today. During his time at Georgetown Preparatory School, he learned the mantra of St. Ignatius (founder of the Jesuit order), which is to be “men for others.”

“To be a man for others means to help people out; don’t just look out for yourself,” says Coakley. “It may sound corny, but it’s kind of engrained in my brain. It made me want to share my time and my skills.”

He went on to study finance at Georgetown University and got his Master’s in real estate and urban development from American University. He then began applying what he’d learned, living up to that mantra and continuing to do so by giving back to his community through various charitable organizations.

“In college, I took a course, ‘The Social Responsibilities of Business,’ when I was 19 or 20 years old and remembering thinking to myself, ‘What is that all about?’ And it’s all about raising money for people and helping people,” explains Coakley.

“It’s just good business to try to help charitable organizations. It can create teamwork among your employees because you’re all working toward a goal,” he continues. “We’ve been involved in organizations like Stepping Stones Shelter in Rockville, Community Reach of Montgomery County, Big Brothers Big Sisters of the National Capital Area and we’ve had coat drives, canned food drives and we support all types of schools.” (SEE SIDEBAR)

As far as ensuring that everyone who turns to them gets the “Coakley Realty Experience,” Coakley is confident that his clients can expect the excellence, integrity, and tradition they promise to deliver.

“You’re not going to satisfy everybody, but we have a good track record of helping people make very important decisions,” he says. “We have roots in the community; and we are committed to giving back as well as leveraging our local expertise to help our clients move forward toward their goals, day in and day out.”

Over the years, Coakley Realty has given back to the community in a variety of ways, including, but not limited to …

+ Big Brothers Big Sisters of the National Capital Area: Rory Coakley has been Chairman of the Board for six years. | bbbsnca.org

+ Community Reach of Montgomery County: Rory Coakley was on the board for many years. | cmrocks.org

+ Catholic Business Network: Member; Rory Coakley was inducted into the Youth Coach Hall of Fame and named Businessperson of the Year in 2001. | cbnmc.org 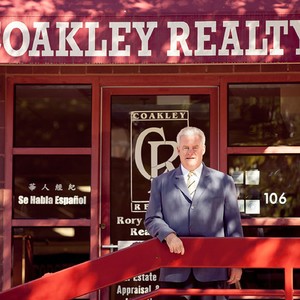 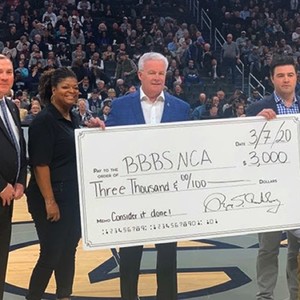 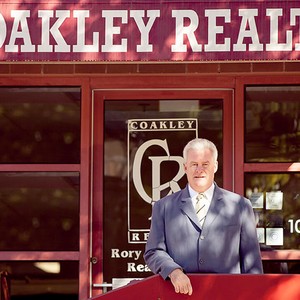